Oran Chaluim Sgàire (Calum Sgaire's Song) Written by Malcolm Macaulay, 1822-1902.  At the age of seventeen, ‘Calum Sgaire’ of Bosta, Bernera,  was sailing on the schooner ‘Express’, carrying salt fish to the Baltic - fish that had probably been cured on Bernera.  This meant he was away for long periods, but he was in love with Margaret Macleod (also known as Mairead Chaluim Neill) of Breaclete.  They planned to marry, but Margaret’s parents thought Calum Sgaire was unsuitable, and married her off to Angus MacDonald.  Malcolm penned the song 'Calum Sgaire'about the incident.

Iolaire Suil Na Greine  (The Eagle With The Yellow-Green Eyes)  A contemporary composition written in 2013 by Julia Gordon.  Lyrics were added to it the following year by Shirley Mitchinson. 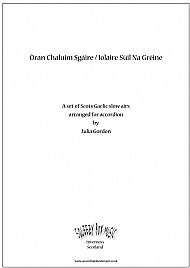 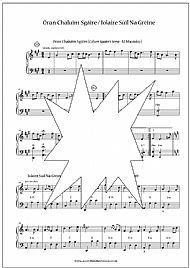 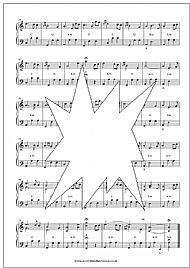