Ref. 210 - The Mist-Covered Mountains Of Home / Farewell To Fiunary / The Mingulay Boat Song​

The Mist-Covered Mountains Of Home  (Chì mi na mòrbheanna) The song expresses a longing for home.  It was written in 1856 by Highlander John Cameron (Iain Camshroin), a native of Ballachulishwho worked in the slate quarries before moving to Glasgow where he became the Bard of the Glasgow Ossianic Society as well as Bard to Clan Cameron.

Farewell To Fiunary  (Slàn le Fionnairaigh)  Fiunary and Fiunary Forest can be found on the mainland side of the Sound of Mull.  Lyrics were penned to this Gaelic air by Norman MacLeod (1783–1862), one of a famous family of ministers from Fuinary.  The song was written in English and translated into Gaelic by Archibald Sinclair.  Farewell to Fiunary was printed in ‘Lyra Celtica: An Anthology Of Representative Celtic Poetry’, published in 1896.

The Mingulay Boat Song  Sir Hugh Roberton (1874-1952) was conductor of the famous Orpheus Choir of Glasgow for which he made many choral arrangements of Scots songs. This was one of them published in his ‘Songs Of The Isles’ (1950).  The lyrics were written in the 1930s and added to a segment of an old Gaelic melody, Òran na Comhachaig (the Creag Ghuanach portion) from Brae in Lochaber.  Mingulay is an uninhabited island with high cliffs with nesting seabirds, at the southern end of the Outer Hebrides. Fishermen returning home from the Atlantic would feel that they were nearly home when they sailed past the islands. 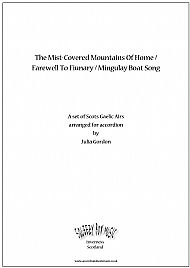 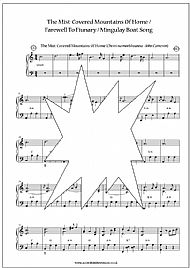 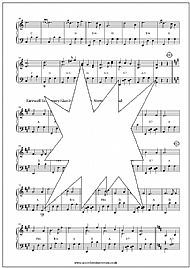 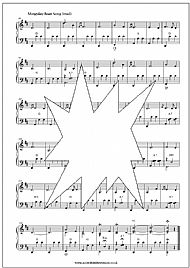