a set of three Scottish airs arranged for accordion
RH and LH notation with suggested couplers
duration:  3:28
Suitable for self-improvers and teaching accordion

My Love Is Like A Red, Red Rose - This is a 1794 song in Scots by Robert Burns based on traditional sources. It became popular when Robert Archibald Smith paired it with the tune of Low Down in the Broom in his ‘Scottish Minstrel’ book in 1821. The poet compares his love to a red rose and a sweetly played tune and vows to love his sweetheart till the seas run dry. Also known as A Red, Red Rose.

Wild Mountain Thyme - The lyrics are generally attributed to Francis McPeake, a member of a well known musical family in Belfast, but the melody is Scottish. An early variant of the melody collected by Robert Tannahill (1774–1810) appears in Robert Archibald Smith's ‘Scottish Minstrel’ (1821–24) but it has also been linked vicariously to the traditional airs The Braes o' Bowhether and The Three Carls o' Buchanan. It is a love song about love among the heather and the sweetly perfumed, wild mountain thyme. Also know today as Will Ye Go, Lassie, Go and Purple Heather.

The Rowan Tree - This song associates the rowan with Scotland and was written by Carolina Oliphant, (Lady Nairn, 1766-1845). It first appeared in R.A. Smith’s Scottish Minstrel in 1822. The tune’s origins are unknown. 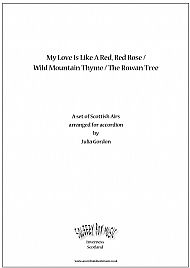 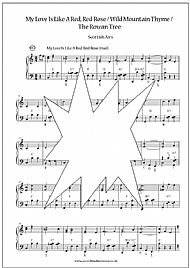 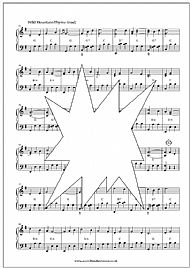 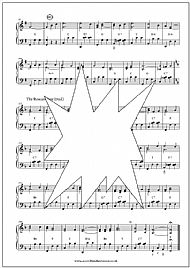