a Scottish and Scots Gaelic air arranged as a set for accordion
RH and LH notation, with suggested couplers
duration:  4:19
suitable for self-improvers and teaching accordion

Niel Gow’s Lament For The Death Of His Second Wife  Niel Gow (1727–1807), born in Strathbraan in Perthshire, was a famous Scottish fiddler, a travelling dance instructor and lyricist. This tune was written for his second wife, Margaret Urquhart, although there is a persistent story that in fact his ‘second wife’ was his beloved fiddle - which had been damaged. The tune is also known as Niel Gow’s Lament.

Eriskay Love Lilt  This is a romantic Gaelic song that tells of a man who has lost his gift for music in his loneliness and longing for the woman he loves.   The tune was collected by Marjory Kennedy-Fraser, adapted and given the title Eriskay Love Lilt. Alternative titles are Bheir Mi O and Gràdh Geal Mo Chridh. 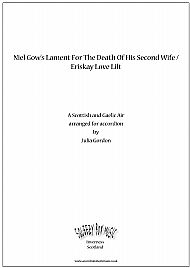 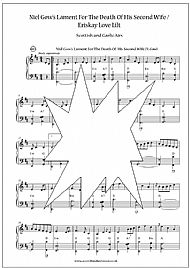 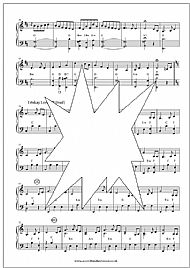 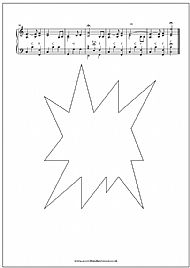