a set of four Scottish airs arranged for accordion
RH and LH notation, with suggested couplers
duration:  4:26
suitable for self-improvers and teaching accordion

O’ Gin I Were A Baron’s Heir  Words and music by Joseph William Holder (1765-1832).   Holder was in fact English by birth and a graduate in Music of Oxford University. In this song the young man is admitting to his girl that he has nothing to offer her but his love, admitting that he has no riches or titles. We are led to expect that the girl will say she loves him, as he is expressing his feelings so beautifully. Also known as Lassie, Would Ye Lo'e Me.

The Nameless Lassie  Often mis-attributed to Aberdeenshire fiddler-composer William Marshall, this tune was composed by Alexander MacKenzie (b. Montrose, 1819-1857), principal violinist and leader of the orchestra at the Theatre Royal in Edinburgh while the sentimental lyrics are attributed to James Ballentine, a poet and stained-glass artist of Edinburgh (1806-1877).

There Grows A Bonnie Briar Bush  This popular Robert Burns song appears in The Scots Musical Museum, a series of six volumes published between 1787 and 1839 and is considered a variant of an older Jacobite song.

Will Ye No Come Back Again  This is a Scots poem by Carolina Oliphant (Lady Nairne, 1766-1845) written in the first half of the 19th century and set to a traditional Scottish folk tune.   It is a quasi Jacobite song composed some time after the Jacobite Rising of 1745, which ended at the Battle of Culloden. Also known as Bonnie Charlie. 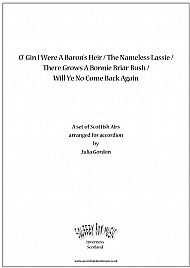 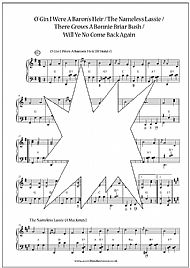 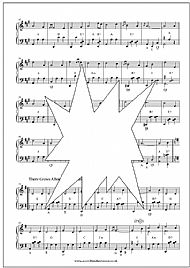 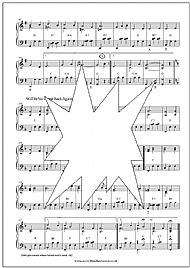