a set of three Scottish airs arranged for accordion
RH and LH notation with suggested couplers
duration:  4:16
suitable for self-improvers and teaching accordion

A Rosebud By My Early Walk  This Robert Burns song, written in 1787, was dedicated to a Miss Jean Cruickshank who was the daughter of the Latin master at the High School of Edinburgh.  Jean was only twelve years old when Burns wrote this but she was an accomplished singer who performed Burns' songs while accompanying herself on the piano.

O’er The Water To Charlie  This melody can be found under many other names, including The Pot Stick, Wishaw’s Delight, Sean Buidhe, Over The Water and Come Boat Me O’er To Charlie.   Robert Burns (1759-96) penned the lyrics about Bonnie Prince Charlie and the song was first published in 'The Scots Musical Museum' in 1787.

The Banks O’ The Dee  According to John Glen (1900) this song was written in 1775 by John Tait, who for some time sat as judge in the Police Court, Edinburgh.  It was written on the occasion of the departure from Scotland of his dear friend to join the British forces at the start of the American War of Independence.   Although the accompanying tune is thought to be of Irish origin, Glen was unable to find it in any early Irish song collections.   It does, however, appear to have been very popular in Scotland, and was used not only to accompany Tait's verses but also two other songs found in Wilson's 'St Cecilia' (1779).  It also appears in the first publication of 'The ‘Scots Musical Museum’ (1787-1803). 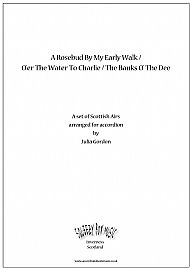 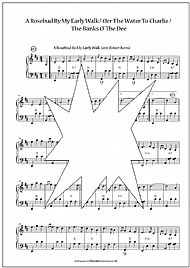 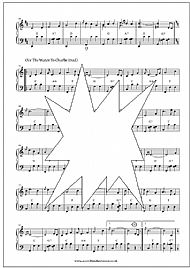 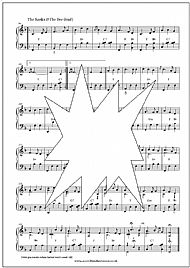