a set of three Scottish airs arranged for accordion
RH and LH notation with suggested couplers
duration:  4:07
suitable for self-improvers and teaching accordion

Westering Home  There is some question around this melody being a derivative of a Donegal tune Trasna na dTonna (Across The Waves).  The lyrics to Westering Home were written by Hugh Stevenson Robertson (1874-1952) around 1922 and tell of the Bard’s love for his native Islay.  As Eilean Mo Chridhe (Isle Of My Heart) the tune can be found in several books before then, including the 'Glendaruel Collection' and 'Scots Guards 1'.

The Waters Of Kylesku  A song of homeland and longing in which the singer recalls the beauty of Sutherland "while soldiering in far off foreign lands".  The words of the song are generally thought to have been composed by Sutherland water bailiff David Henderson in 1948.   The melody is that of a bagpipe tune called Gad Chuimneachadh (Remembering You).

Dark Loch Nagar  Also known simply as Loch Na Garr, the lyrics were written in 1807 by George Gordon Byron (Lord Byron, 1788-1824) who titled his poem Lachin Y Gair.  He was raised in Aberdeenshire and although he left Aberdeen Grammar School for Harrow at the age of ten, he never forgot his Scottish roots.  The melody, on the other hand, is possibly Irish in origin, brought back by Scottish sappers in the 1830's who were sent to County Clare as part of the British survey of the country.  Whatever its origins, it became the melody of a popular 19th Century song circulated on broadsheets that made reference to the Battle of Culloden in 1746.  Lochnagar is a steep, mountain ridge with four distinct peaks above a loch with the same name in the Cairngorm Mountains. 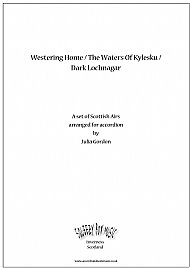 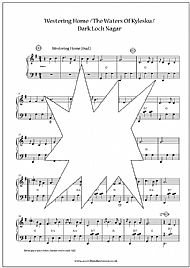 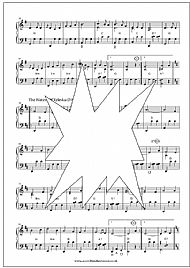 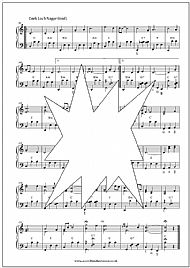