a set of four Scottish airs arranged for accordion
RH and LH notation with suggested couplers
duration:  4:08
suitable for self-improvers and teaching accordion

Annie Laurie  The lyrics are said to have been written by William Douglas (c.1672-1748) of Dumfries and Galloway, concerning his romance with Annie Laurie (1682-1764), youngest daughter of Robert Laurie, who became first baronet of Maxwellton in 1685.  The words were later amended by Lady John Scott (1810-1900) and a melody was added by Alicia Scott c.1834.   The song was a favourite with Scottish soldiers during the Crimean War. The song is also known as Maxwellton Braes.

Ca’ The Yewes  There are a number of versions of this song by Robert Burns (1759-1796) and a number of variants of the title.  It was first published in 'The Scots Musical Museum' in 1790, although he adapted it from an older song attributed to Isobel 'Tibbie' Pagan (c.1741-1821) and claimed only the second and last verse as his own.

Dream Angus  This well known Celtic lullaby tells the story of Dream Angus, born of the water spirit Boann and the powerful god Dagda of Irish-Scottish mythology.  The legend has it that Dream Angus comes to you at night and bestows dreams.   Adored by all, Dream Angus is fated to love only the beautiful Caer, swan maiden of his own dreams.

Huntingtower  This ballad is also known as The Duke of Athol, The Duke of Athol's Courtship and When Ye Gang Awa, Jamie.  It appeared in George Kinloch's 'Ancient Scottish Ballads' (1827).  It is a dialogue song between two lovers.   She is broken-hearted when her lover reveals to her that he already has a wife and three children overseas.  He then relents and promises to marry her and share all that he has with her, including Blair Atholl, Dunkeld and Huntingtower. 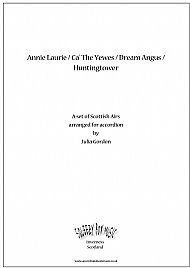 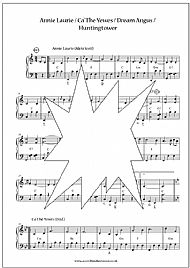 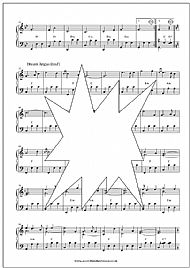 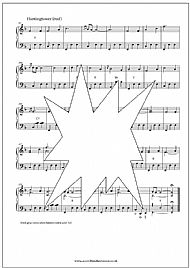