Thug Mi Gaol Do’n Fhear Bhàn (I Gave My Love To The Fair One)  A traditional Gaelic song recounting a girl’s desolation on hearing her love had drowned at sea.

An Teid Thu Leam Air Bharr Nan Tonnan (Will You Come With Me Across The Sea)  Mary is being asked if she will go with her Highlander to the ‘country of the high mountains’.  She informs him, however, that she will never exchange what she has at home for the poor soil and hunger in the land of glens and mountains.  A traditional Gaelic song.

A’ Fàgail Barraigh (Leaving Barra)  A sailor's song.  The poet is heartbroken to be away from his beloved island of Barra.  Composed by Neil MacKinnon ("Broinnidh").

Air Fail A Lail Ò  A Gaelic song of love, traditional in origin, to which lyrics were added by Hugh Roberton (1874-1952), the conductor of the famous Orpheus Choir of Glasgow. 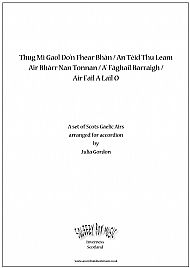 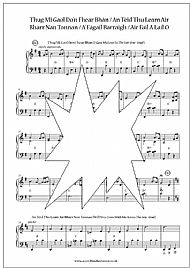 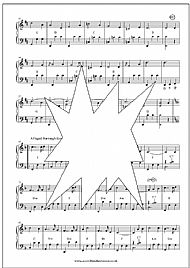 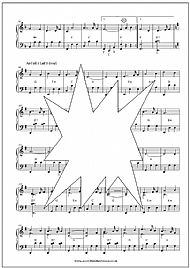 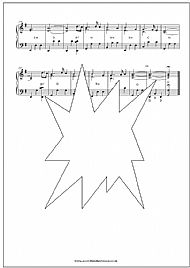