a set of Scottish and Scots Gaelic airs arranged for accordion
RH and LH notation with suggested couplers
duration:  3:47
suitable for self-improvers and teaching accordion

The Cuckoo This tune appeared on ‘The Sound of Scotland’ (1963), played by Jim Macleod and his Scottish Dance Band.  Beyond it’s description here as a ’melody of the West’ and ascribed to the Gaelic tradition, no further information is available.

The Massacre of Glencoe  (Mort Ghlinne-comhainn) – The song relates to the notorious massacre that took place in Glencoe, known since as  ‘The Glen of Weeping’.  The background to the event was the Campbell/MacDonald feud, which dated back to the 16th Century.   In the winter of 1692, however, the new English king at the time, William III, having demanded that the clans take an oath of loyalty to him that they would not support the dethroned James II, and the MacDonald clan being slow to do this, ordered troops accompanied by elements of the Campbell clan to force the issue.  The company found the MacDonalds in Glencoe, accepted their hospitality for several days before turning on their hosts in the night and butchering over forty in their homes.  Many more died of exposure after fleeing into the surrounding mountains.  It appears in Captain Simon Fraser’s collection ‘The Airs and Melodies Peculiar to the Highlands of Scotland and the Isles’ (1816).  It is also known as The House of MacDonald and The Ballad of Glencoe.  Played as a pipe march, it is called Colonel Robertson. 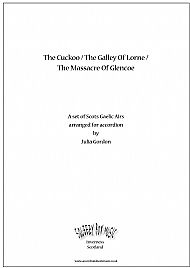 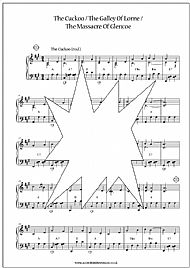 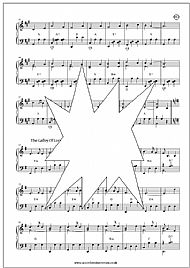 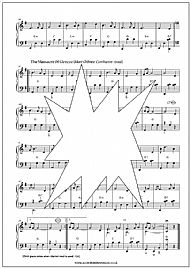