Tuireadh Iain Ruaidh  (Lament For Red Iain) A lament in which a woman is mourning the death of her beloved.  She bemoans the fact that the sun no longer appears in the sky and that she is now without friendship, without love, and without protection.  The melody is based on part of a pibroch believed to date from the mid-18th Century.   The Gaelic lyrics were added later by Scottish poet Edward Pursell (1891-1964).  Pursell was born in Campbeltown in Argyll and was a primary school headmaster, an artist, author and Gaelic educationalist.  The ‘red’ in the title refers to Iain’s red hair.

Far An Robh Mi'n Raoir  (Where I Was Last Night) A man reflects on his tryst in an idyllic wooded glen the previous night, with his love.  The words are by Niall MacLeòid (1843-1913) who was born in Glendale, Skye, a son of the poet Domhnall MacLeòid, (Domhnall nan Oran).  He gained early popularity as a poet in his own right and in 1883 saw the first edition published of an anthology of his work, ‘Clàrsach an Doire’.

Òran Na Maighdinn-mhara  (Song of the Mermaid)  A melancholy song of bitterness, anger and betrayal when a mermaid, or ’kelpie' - a magical seal-like creature, comes ashore and takes off her seal skin to explore the beach, but is then entrapped into a relationship with a human when her skin is stolen and hidden away. She dreams of one day finding her seal skin and returning to the rich and wondrous realm of the sea. 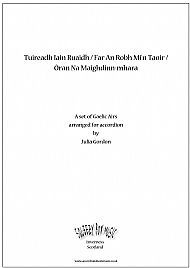 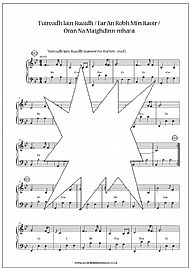 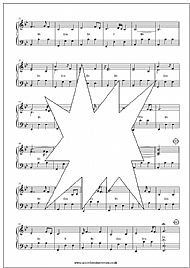 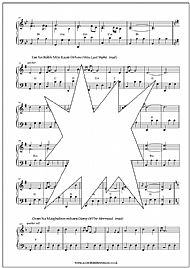 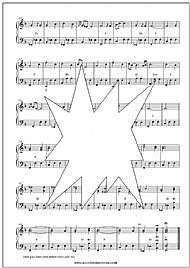