a Scottish and Scots Gaelic air arranged in a set for accordion
RH and LH notation with suggested couplers
duration: 2:28
suitable for self-improvers and teaching accordion.

Lady Ann Bothwell’s Lament   A mother sings a lullaby to her baby son. She recalls how his father seduced and left her, and about his death on the battlefield.  She mourns for herself and the baby ‘Born to sustain thy mother's shame ... a bastard's name’.
The subject of this ballad is thought to be Ann Bothwell (or Boswell), daughter of the Bishop of Orkney.  Her lover is said to have been her cousin Alexander Erskine, son of the Earl of Mar who, while in the service of the Covenanters, came to his death in Douglass Castle in 1640. The song appears in ‘A Collection of Ballads’ by Andrew Lang (1844-1912).

A Phiùthrag ‘s A Phiuthar From the Marjory Kennedy-Fraser collection ‘Songs of the Hebrides’ (1909) the lyrics of this traditional Gaelic song tells of a girl's cry for help to her sister after being carried off by the fairies to Heaval, a hill on Barra.  Also known as ‘A Sister’s Lament’. 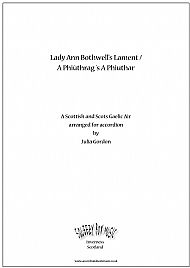 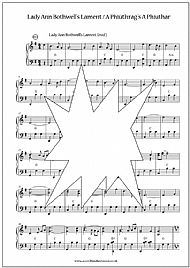 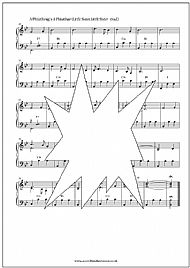