a set of four Scottish airs arranged for accordion
RH and LH notation with suggested couplers
duration: 3:50
suitable for improvers and teaching accordion

The Auld Hoose Written by Carilina Oliphant (Lady Nairne, 1766-1845) this is a nostalgic song about her birthplace in Gask, Perthshire.

Loch Lomond  Also known as ‘The Bonnie Banks o' Loch Lomond’, is a well-known traditional Scottish song first published in 1841 in 'Vocal Melodies of Scotland'. There are many theories about the meaning of the song, most of which are connected to the Jacobite Uprising of 1745. One interpretation based on the lyrics is that the song is sung by the lover of a captured Jacobite rebel set to be executed in London following a show trial. The heads of the executed rebels were then set upon pikes and exhibited in all of the towns between London and Edinburgh in a procession along the 'high road' (the most important road), while the relatives of the rebels walked back along the 'low road' (the ordinary road travelled by peasants and commoners).

Comin' Thro' The Rye  The lyrics were written in 1782 by Robert Burns (1759–96) who put the words to the melody of the ‘Common' Frae The Town’, a variant of the tune to which 'Auld Lang Syne' is usually sung.

The Bluebells of Scotland is the usual modern name for a Scottish folk song. It was written by Dora Jordan, an English actress and writer, and first published in 1801. 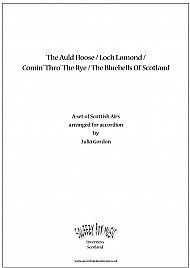 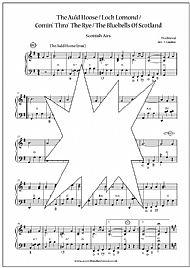 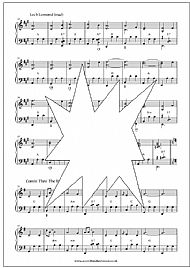 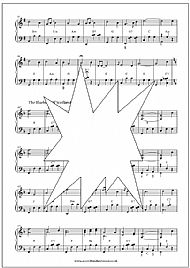 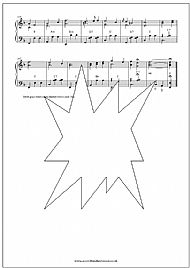