Sìne Bhàn Also known as Bonnie Jean or Fair Jean, this is a song about a man’s love for his wife and his fear that he won't return to her and their home on Islay as he enlists to fight in the Great War.

My Glen By Loch Leven (Mo Ghleannan Taobh Loch Lìobhainn) A song praising both the beauty of the glen and the friendliness of the hard-working folk who live there. Also known simply as Loch Leven, the loch in question is the stretch of water in Argyll.

Heather Island  (Eilean Fraoich) This song was written by William Mackenzie (1857-1907). He tells of sailing across the sea to Quebec when the girl he had fallen in love with died. His heart, however, is still back home on his dear Island of Lewis.

Leaving Lismore (Fàgail Lios Mhòr) This song typically reflects the sentiments of someone leaving the land of his youth forever to make a better future overseas. The sadness of the situation is reflected in memories of his youth and the description of well-known landmarks disappearing from sight. Also known as Lismore No More. 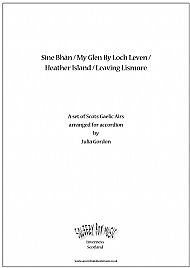 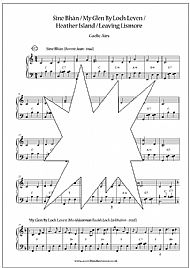 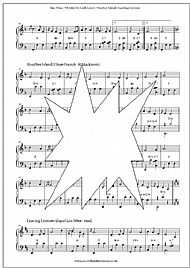 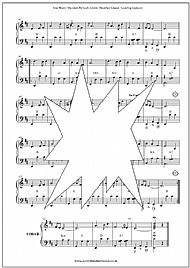