Griogal Cridhe - (Beloved Gregor, also known as The Glenlyon Lament) Several versions of this traditional song exist. Said to be composed by his wife, the song is a lament for Gregor Ruadh of Glenstrae, beheaded in front of his wife and child by Colin Campbell of Glenorchy in 1570.

Leis an Lurgainn (With The Lurgainn) A Gaelic sailing song arising from the experience of a sailer from Fort William with the name of McInnes, of his voyage to Ireland on board The Lurgainn. He makes mention of the crew lighting candles as they passed Islay in terrible rough seas because it was so dark!

Coill’ an Fhàsaich (Remembering Waternish, also known as The Wilderness Wood) - Composed by Donald MacKillop of Berneray, North Uist, the song paints a picture of a now deserted Skye landscape where he once played happily as a child. 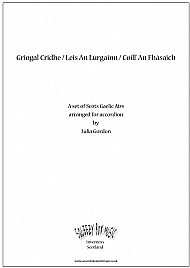 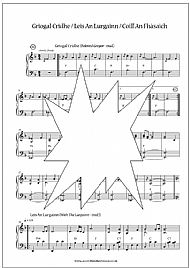 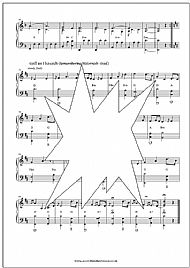